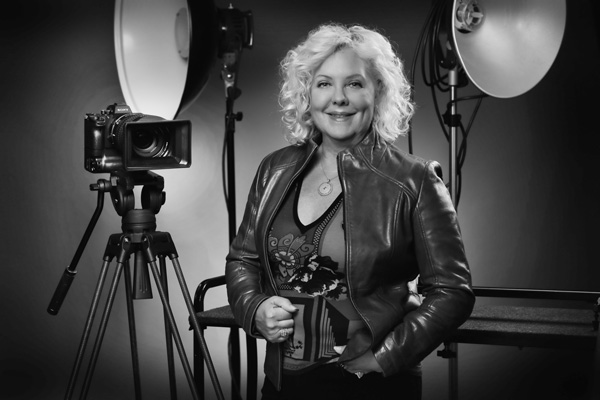 Cheryl is co-founder of Orama Filmworks. Orama was created to bring the works of talented writers and directors together to raise awareness of important world and domestic health, cultural, historic and social issues. Cheryl’s skills as a producer and intimate knowledge of the production and distribution of films enables effective and entertaining mediums to educate and inform citizens around the world.

The power of film has led to her involvement in a number of award winning documentaries. Cheryl is Executive Producer of the Emmy nominated documentary Toxic Beauty which premiered at Hot Docs 2019 and selected as one of the 5 Big Idea Films, Raindance Film Festival London. Toxic Beauty  premiered in the United States at the 2019 Meet The Press Film Festival hosted by Chuck Todd and is now distributed by Demand Film and 1091 Media.  You can find it on iTunes, Amazon, STARZ and HULU/STARZ.

Cheryl was also the Outreach/Impact Producer for the award winning documentary Someone You Love: The HPV Epidemic narrated by Vanessa Williams (Eraser). Cheryl was the Executive Producer of Lady Ganga: Nilza’s Story. Someone You Love: The HPV Epidemic is the recipient of the “Power of Film Award” at the 2015 Beloit International Film Festival, and “Best in Fest Award” at the 2015 North Hollywood Film Festival. This powerful story  received a “Best Documentary” nomination in 2014 from the Carmel International Film Festival and is being screened across the United States and Europe as an educational tool to inform and inspire. Lady Ganga: Nilza’s Story is screening around the world to educate and inspire women in low and middle-income countries to attend cervical cancer screening camps. Lady Ganga: Nilza’s Story is the recipient of the “Grand Prize – International Humanitarian Award” from the 2016 Rhode Island International Film Festival and was screened before the United Nations on World Cancer Day 2016.

Cheryl is alsoExecutive Producer of SXSW selection’s, Don’t Leave Home, which hit theaters in fall 2018 and is distributed through Good Deed and Shutter.  She also produced Star Light, starring Scout Taylor-Compton (Halloween) which premiered  at the 2019 Flickers’ Vortex Sci-Fi, Fantasy & Horror Film Festival and won Best Horror Feature Grand Prize. This was released in 2020 through 1091 Media.

Currently Cheryl is producing other projects including Frisco Bombers, a biographical urban drama written by Antwone Fisher and directed by Rockmond Dunbar (Sons of Anarchy) and  documentary projects including the award winning film The Push Is On which is released through Gravitas Ventures, streaming on HULU and Netflix.